News and Research Spotlights
After 41 years of outstanding research, teaching, and service to the University, Donald A. Bryant marks his retirement and ensures his continued legacy at Penn State with a planned bequest
Sam Sholtis
Image 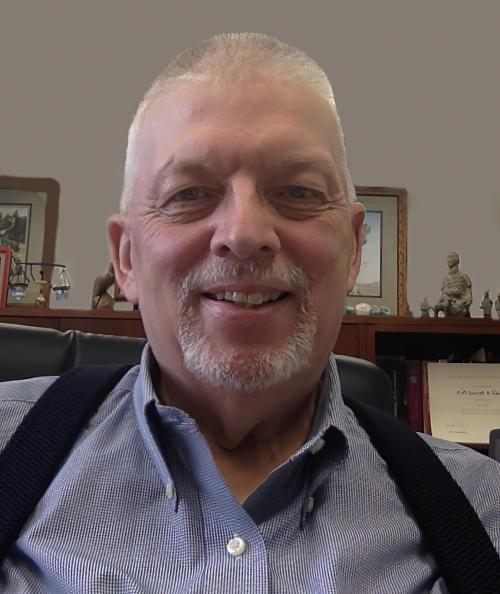 Donald A. (Don) Bryant, Ernest C. Pollard Professor of Biotechnology and professor of biochemistry and molecular biology at Penn State, is retiring after 41 years of research, teaching, and service to the University. In conjunction with his retirement, Bryant is announcing an estate commitment to the University that will establish an endowed chair and a lectureship in his name.

“Don has been a valued member in the department for many years and his impact will be felt for very many more,” said Tracy Langkilde, Verne M. Willaman Dean in the Eberly College of Science. “We are grateful not only for his generous gifts, but also for his service to the college and leadership in the field of microbial physiology. He will be greatly missed, and his generosity in working to allow the next generation of researchers to push their science to their limits will only magnify his influence on our college and his field of research.”

A bequest in the amount of $2 million will establish the Don Bryant Chair in Microbial Physiology in the Department of Biochemistry and Molecular Biology in the Eberly College of Science. The holder of the chair will be a full-time faculty member in the department with an academic rank of full professor whose research and teaching focus on microbial physiology—the study of the relationship between structure and function in microorganisms and how they respond to their environment—with a preferred specialization in bacterial photosynthesis. The endowed position will provide support including supplemental salary, research expenses, education and travel expenses, and graduate and undergraduate student support.

“I’ve been doing research in this field for exactly 50 years,” said Bryant. “As I retire, I want to help ensure that there is a long-term presence of microbial physiology in my department and having an endowed position for a senior-level researcher is an important part of that. I know from my own experience how important an endowed position can be for recruiting and retaining the best faculty and for giving them the resources they need to be creative and productive.”

“I hope that this lectureship will help to ensure a continued vibrant presence of the field in the department and that it will introduce faculty, postdocs, and students to the brightest researchers in the field,” said Bryant.

Bryant has mentored 86 graduate students and 38 postdoctoral researchers and has taught countless undergraduate students during his tenure at Penn State. Among his mentees, three have won the Penn State Alumni Association Dissertation Award, several have gone on to be department heads, one is a university provost, and one is a university vice president for research and economic development. This year’s International Symposium on Phototropic Prokaryotes was organized by one of Bryant’s former postdocs and seven of his former students or postdocs presented their research. In total, Bryant and his associates have published nearly 450 papers over a 50-year period from 1972 to 2022.

“I’ve had the opportunity to work with terrific students and postdocs over the years and I think I’ve left a pretty significant impact in my field,” said Bryant. “There’s an old saying that if you can help establish one person in your field then you are doing better than average and I’ve got quite a few more than one. I’ve really enjoyed it and all my awards and successes through my career really come down to the people I’ve gotten to work with, so being able to continue to have an impact through these gifts in my retirement is really very satisfying.”

In his research, Bryant applies biochemical, genetic, and systems biology approaches to study the gene regulation, physiology, and structure of chlorophototrophic bacteria. He is particularly interested in understanding photosynthesis in two groups of bacteria that differ in physiology and metabolism: cyanobacteria, which produce oxygen as a by-product of photosynthesis, and green sulfur bacteria, which can survive only in environments where oxygen is absent. Bryant has recently investigated the physiology of bacteria that synthesize chlorophyll f, a pigment that absorbs light in some bacteria that perform photosynthesis. Chlorophyll f allows cyanobacteria that can produce it to grow in shaded environments where light in the far-red range (700 to 800 nm) predominates—and importantly where other cyanobacteria are unable to grow. Bryant demonstrated that, in addition to using chlorophyll f, cyanobacteria extensively remodel their photosynthetic apparatus when exposed far-red light—findings that could potentially be extended to crop plants and provide a pathway to increasing yields.

Bryant’s awards include the Award for Basic Research from the American Society for Microbiology (ASM) in 2022, the Charles F. Kettering Award in Photosynthesis from the American Society of Plant Biologists in 2020, the D.C. White Research and Mentoring Award by the ASM in 2018 and the Daniel R. Tershak Memorial Teaching Award from the Penn State Department of Biochemistry and Molecular Biology in 2010. He was elected as a fellow of the American Academy of Microbiology in 1995 and as a fellow of the American Association for the Advancement of Science in 2011. Bryant served as an elected member of the Board of Governors of the American Academy of Microbiology from 2012 to 2018 and as the associate editor of Archives of Microbiology and Photosynthesis Research and editor-in-chief of the Frontiers in Microbial Physiology and Metabolism. He served two 5-year terms as a member of the editorial board for The Journal of Biological Chemistry.

Bryant joined the Penn State faculty in 1981 and was appointed the Ernest C. Pollard Professor of Biotechnology in 1992. Additionally, he held an adjunct research appointment at Montana State University from 2009 to 2020 and was a visiting professor in the Singapore Centre on Environmental Life Sciences Engineering at Nanyang Technological University from 2013 to 2018. Bryant completed a Department of Energy postdoctoral research fellowship at Cornell University in 1981 and a National Science Foundation / National Council for Scientific Research (CNRS) postdoctoral fellowship at the Pasteur Institute in Paris in 1979. He earned a doctoral degree in molecular biology at the University of California at Los Angeles in 1977 and a bachelor's degree in chemistry with honors at the Massachusetts Institute of Technology in 1972.

With the record-breaking success of “A Greater Penn State for 21st Century Excellence,” which raised $2.2 billion from 2016 to 2022, philanthropy is helping to sustain the University’s tradition of education, research and service to communities across the Commonwealth and around the globe. Scholarships enable our institution to open doors and welcome students from every background, support for transformative experiences allows our students and faculty to fulfill their vast potential for leadership, and gifts toward discovery and excellence help us to serve and impact the world we share. To learn more about the impact of giving and the continuing need for support, please visit raise.psu.edu.