News and Research Spotlights
A Penn State statistician does both, studying the theoretical foundations of statistical inference and applying them to the analysis of functional neuroimaging data
Sam Sholtis
Image 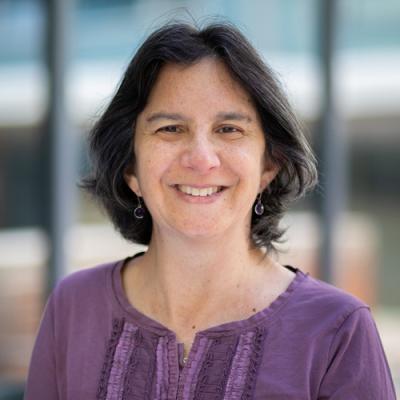 How do we know what we know in science? The world is a messy place, rarely are things simply black or white, and you can basically never test every instance of whatever it is that interests you. Therefore, we rely on statistics. Statistics helps us decide what data we need to answer a question, how best to collect that data, how to organize it in a way that it is interpretable, and—ultimately—how to determine what it means to some level of confidence.

Each of these steps requires making decisions; and for most of us, who have probably only taken a required class or two in statistics, it may seem like these decisions are set in stone. They have been passed down to us from the Pantheon of statisticians who tell you that a p-value of 0.05 or lower means that you have statistical significance. But for Nicole Lazar, professor of statistics and a cohire of the Huck Institutes of the Life Sciences at Penn State, it’s vital to question these decisions and to understand what each decision means for your particular problem; and maybe most importantly, it’s crucial to communicate why each decision was made clearly so that others can understand and evaluate how you drew the conclusions that you drew. Lazar has been working with scientists in various fields to redefine best practices for how to do statistical testing and for how to report statistical results. These foundational questions, in turn, inform her own applied research on data from functional magnetic resonance imaging (fMRI).

“The statistics department here is well known for both its strength in theoretical work as well as its strength in applying statistics to real-world data sets,” she said. “Before I joined the department, I gave a talk here on my theoretical work. When I came back for an interview, I also met with people in neuroscience, so I gave a completely different talk. I got to see how both are appreciated here, which is pretty rare. Getting the combination of the two sides of statistics is really exciting.”

In her work with fMRI data, Lazar is particularly interested in understanding networks in the brain and how they change, either with age or due to disease or trauma. Functional MRI essentially provides a live image of activity in the brain by detecting changes in blood oxygenation that occur when a person being scanned concentrates on a particular task. The areas of the brain associated with performing that task experience changes in blood flow as they activate, which can be detected and mapped in three dimensions. A brain network is composed of nodes—which represent neurons or regions of the brain—and edges—links between the nodes that represent functional connections.

Lazar said that there are a lot of statistical methods being developed to work with networks in general, including social networks, and many of them can be applied to brain networks. She is working with some former students studying the topology of brain networks to see what can be learned by understanding the shape of these networks. She is also beginning a long-term project looking at how brain networks change and recover after a stroke.

“When you have extremely large, noisy, and messy data like the fMRI data you have to address all of the foundational questions,” said Lazar. “Things like model selection. How do you pull the information from the data in the optimal way? Each subject is different and has different characteristics, so it’s very complex. The stroke data is extremely challenging because the stroke knocks out some of the nodes in the network. So how do you deal with an incomplete network, and how does the network change to accommodate the nodes that have been knocked out?”

To overcome these challenges, Lazar’s work pulls from statistics, mathematics, and computer science. Lazar said that she’s always ignored any perceived boundaries between these fields but was pleasantly surprised by how breaking these boundaries was encouraged at Penn State.

“The Huck is great for this because I can join this institute, or I can join this center, and there are lots of great people to talk to,” she said. “And I was so impressed last year when I got an email from our department head, Murali Haran, saying, ‘Hey, there’s someone in the math department that you should meet who is also interested in topological data analysis.’ That, I was not used to! People actively encouraging this type of collaboration, rather than me just having to do it on my own.”