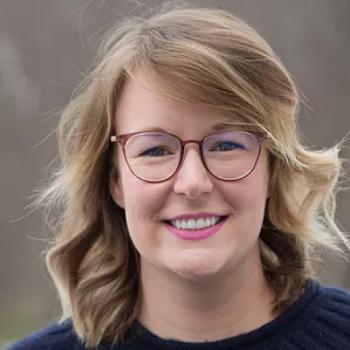 Nikki Crowley, assistant professor of biology and of biomedical engineering at Penn State, has been awarded a five-year $1.6 million grant from the National Institute on Alcohol Abuse and Alcoholism, part of the National Institutes of Health, to study the neurobiology of binge alcohol drinking.

“People are often astonished to learn that alcohol kills more people than any other drug, far outpacing the deaths of other drugs that are more commonly in the news,” said Crowley. “It can also have tremendous negative emotional, physical, and financial costs—not only to those who misuse alcohol—but also to their families, friends, and communities. Rapidly consuming excessive amounts of alcohol—often referred to as binge drinking—is particularly dangerous and impacts many different regions and cell types in the brain. However, there are few viable treatments, in part because we have a poor understanding of how repetitive consumption of alcohol alters the biology of the brain.”

The Centers for Disease Control and Prevention reports that excessive drinking kills more than 140,000 Americans a year, and the economic costs—including from loss of workplace productivity, health care expenses, and criminal expenses—total more than $240 billion a year in the U.S. Despite the many costs of binge drinking, Crowley said scientists know surprisingly little about its biological mechanisms or how to treat this dangerous form of drinking once it begins.

“This project will allow us to dive into how binge drinking changes the wiring and firing of key neuronal circuits, and how unique signaling molecules called neuropeptides communicate within those circuits—with the hopes of uncovering novel therapeutic targets,” said Crowley.

Crowley’s lab specializes in investigating behavioral and physiological brain states involved in a variety of neuropsychiatric disorders, including substance misuse. With this grant, the lab will explore the fundamental role that a specific neuropeptide called somatostatin plays in binge drinking.

“Some neurons in the prefrontal cortex of the brain, which is involved in decision making and other executive processes, produce the neuropeptide somatostatin,” said Crowley. “Neuropeptides are really unique and understudied signaling molecules, in part because until recently, we lacked cutting-edge technology to probe their activity and function. This peptide is thought to play a ‘pro-resiliency’ role in other neuropsychiatric disorders, but as a field we have really lacked a basic understanding of what this peptide does and how its signaling might be changed by things like drugs of abuse. We hope to understand how the signaling of somatostatin contributes to general function of the prefrontal cortex and how these pathways are impacted by binge drinking.”

The Crowley Lab will use cutting-edge circuit mapping techniques to determine where and how somatostatin operates, as well as behavioral tests to understand the biology of binge drinking, with the hopes of developing and guiding strategies to reduce it. This includes putting the lab’s expertise in electrophysiology and pharmacology to work by experimentally testing how the peptide somatostatin impacts specific circuits and pathways in the brain involved in alcohol consumption, reward, and anxiety.

“Few effective treatments exist that specifically target the prevention of binge drinking,” said Crowley. “Understanding the underlying neurobiology of binge drinking is essential for preventing and treating this major public health problem, and we think somatostatin might be a really promising new therapeutic target.”

Crowley’s research is also supported by the Brain & Behavior Research Foundation, the Eberly College of Science, and the Huck Institutes of the Life Sciences.