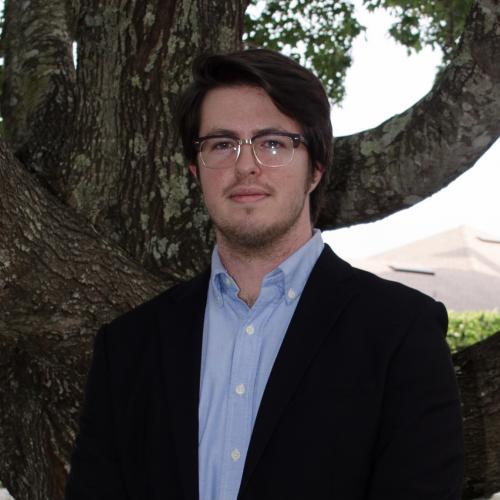 Meet Shane Stoeber, a graduate student from Jacksonville, Florida, working towards his Ph.D. within the Biochemistry, Microbiology, and Molecular Biology (BMMB) Program.  Shane’s interest in science has be present since he was a young child.  “I grew up watching Animal Planet and spent most of my time outdoors, always curious about the world around me,” says Shane.  His love and curiosity for nature led him to believe that he wanted to grow up to become a biologist or marine biologist someday.

It wasn’t until Shane took an advanced placement (AP) biology course as a senior in high school that he was first exposed to molecular biology.  Shane’s teacher spoke to the class about a new and developing technology, called CRISPR, that would serve as a game-changer in the world of molecular biology and gene regulation.  It was this lecture that changed Shane’s trajectory, leading him to want to pursue his undergraduate degree in biotechnology and learn the theory behind research methods and technologies.

Shane pursued his undergraduate education at Florida Gulf Coast University (FGCU) and did in fact major in Biotechnology.  As an undergraduate researcher Shane worked in the Dejarnette Laboratory, under the leadership and guidance of Assistant Professor of Biological Sciences, Jan DeJarnette.  His research within the laboratory focused on a project related to virulence patterns in methicillin-resistance Staphylococcus aurens (MRSA).

While a student at FGCU Shane was also mentored by Department of Biological Sciences Program Coordinator, and Associate Professor, Takashi Ueda.  Dr. Ueda’s guidance, and lectures, further spurred Shane’s interest in the field of biotechnology, developing his awareness of what was known and unknown within the field of gene regulation, helping him identify the graduate program that was right for him.  While working with Dr. Ueda, Shane uncovered several publications from Penn State Associate Professor of Biochemistry and Molecular Biology, and Physics, Lu Bai, on her work with pioneer transcription factors. 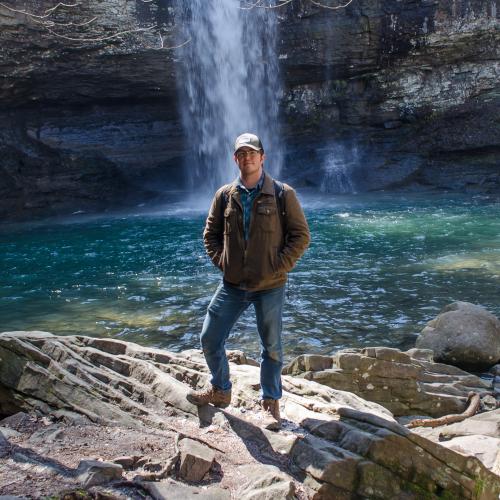 Currently, Shane conducts his research within the Bai Laboratory.  The Bai Laboratory uses a variety of strategies to understand the mechanism of gene regulation by chromatin structure at different levels.  Shane’s research focuses on a specific group of transcription factors known as Nucleosome Displacing Factors (NDF's) and Pioneer Factors (PF's).  Unlike canonical transcription factors, NDF's and PF's can access and bind their consensus sequences even if they are embedded in a nucleosome-dense region of the genome.

Shane’s interest is in identifying the mechanisms used in Saccharomyces cerevisiae that distinguish NDF’s and PF’s from regular transcription factors.  Saccharomyces cerevisiae is a model organism, and single -celled fungus, used to study molecular pathways and gene regulation in Eukaryotes.  It is much easier to grow and work with than most human cell lines and other eukaryotic organisms, and its fast growth rate and ease of use makes it an ideal model organism to study genes and proteins relating to gene regulation and diseased states in humans and higher-order eukaryotes.

“Understanding the mechanism of action amongst these factors is critical to our understanding of gene regulation in eukaryotes,” says Shane.  Commonly known as master regulators of gene regulation, because they are some of the first factors to bind and initiate transcription, PF’s and NDF’s can displace nucleosomes surrounding their consensus sequence. This allows other transcription factors to move into the previously inaccessible area.  Once PF’s are bound to closed chromatin, they can promote a local increase in chromatin accessibility by allowing other transcription factors and remodelers to access their binding site, which would otherwise be inaccessible. This unique property allows for the regulation of development, and gene regulation, of cells. Dysregulation of PF’s can therefore negatively affect development, and gene regulation, resulting in a variety of diseased states such as cancer.

Outside of the laboratory Shane can be found either hiking or pursuing his love for wildlife photography.  “Growing up in Florida, I was surrounded by wildlife and diverse ecosystems,” says Shane.  “Some of my best experiences have been free diving with Sharks, catching snakes in swamps, primitive camping amongst Alligators, and observing the local wildlife found throughout Florida.”  In addition to his love for hiking and photography, he also enjoys other outside activities such as kayaking, fishing, and camping.

Moving indoors, Shane also loves spending time in the kitchen cooking and baking.  “My grandfather got me interested in cooking,” says Shane.  “Cooking was one of his favorite activities and his passion for food resonated well with me.”  When asked what his favorite type of cuisine was, Shane said that he didn’t necessarily have one.  “I love aspects of all cuisines and am just as eager to try new foods.”  Whether it be sourdough bread, brisket, other BBQ, or soups and chowders, he says that he prefers cooking over an open flame.  “Cooking outdoors allows me to enjoy the rustic and relaxing nature it offers, and I will never turn down an opportunity to get outside,” he says.

Shane serves as an example of how a child’s early curiosity of, and exposure to, the natural world can help form a life-long passion for, and career in, science.  His openness to learn new things, along with his impactful search for mentorship along the road, showcase what it takes to be successful.  The Department is very fortunate to have Shane as a part of our amazing and dedicated Team, and we look forward to following his career.

Thank You Shane for serving as an example of why We Are Penn State!