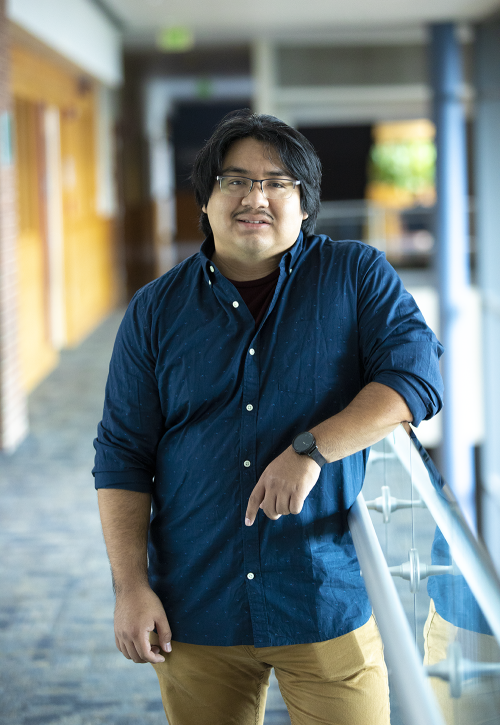 Meet Josue Ceron, a graduate student, originally from San Francisco, California, working towards his Ph.D. in the BMMB Program.  Josue’s interest in science was sparked by someone very close to him, and someone who has had a significant impact on his life, his grandmother, Dolores Navas.  Growing up, Josue would spend each summer, in El Salvador, combing through his grandmothers garden for new bugs he hadn’t seen before and watching her make cheese to sell at the market.  “My grandmother would buy a special pill, now I know it’s some form of yeast, and add it to the milk,” says Josue.  “Over time I would watch this lumpy thing rise out of the milk and I was fascinated. My grandmother knew what steps were necessary to convert that lumpy mess into a delicious cheese.”  This process became so interesting to him that he began searching the internet to find more information, eventually learning that yeast had been used for centuries to produce many different products.

Josue’s interest in science led him to attend Skyline Community College. In order to pay for his education, Josue enrolled as a full-time student, as well as working a full-time job.  “Trying to balance school and work was so difficult that I had convinced myself that college was not for me, as I had no idea what career I could have even if I earned a degree,” says Josue.  “The only thing keeping me going were my parents as I did not want to waste the opportunities they gave to me by coming to this country.”

Josue’s dedication, endurance, and love of science eventually led him to transfer to San Francisco State University (SFSU) where he continued his undergraduate career.  There, as a second-year student, he was accepted into a microbiology laboratory through the NIH Bridges Program summer research experience. It was this experience that exposed him to working within a laboratory for the first time.  While in the program Josue conducted research under the mentorship of Associate Professor of Biology, Joseph Chen, and studied the signaling mechanisms between the bacterial symbiont Sinorhizobium meliloti and its plant hosts, such as Medicago sativa (alfalfa). At the conclusion of the summer Josue was asked to stay within the laboratory and conduct research throughout the remainder of his undergraduate career.  “I really liked the types of questions that can be answered using bacteria and I enjoyed the easy of using microbes compared to using mice or other eukaryotes,” says Josue.

Performing independent research, and presenting his work at conferences, inspired Josue to set his sights on running his own lab one day.  Interestingly, it was while presenting at SACNAS in 2016 that Josue was first introduced to the individual who is now his graduate advisor, Associate Professor of Biochemistry and Molecular Biology, Timothy Miyashiro.  Dr. Miyashiro was serving as a poster judge at the event and had the opportunity to judge Josue’s poster.  “He encouraged me to consider pursuing a Ph.D. once I graduated, and we stayed in touch,” says Josue.  Impressed by the different research being conducted both at Penn State, and within the Department of Biochemistry and Molecular Biology (BMB), Josue reached out to Dr. Miyashiro once application season began and asked for advice on applying to the BMMB Program. 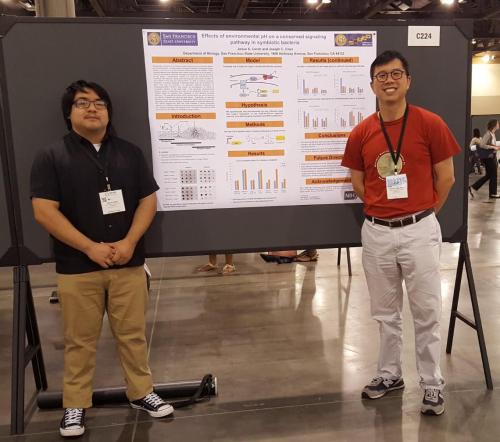 Currently, Josue is conducting his research in the laboratory of Dr. Timothy Miyashiro.  The focus of Josue’s research is on understanding how nutrient acquisition can select for beneficial bacteria within the host.  His research can provide insight into how the symbiosis between the Hawaiian bobtail squid, Euprymna scolopes, and the marine bioluminescent bacterium, Vibrio fischeri is established.

The symbiosis between the Hawaiian Bobtail Squid and the marine bioluminescent bacterium enables Vibrio fischeri to enter and live within a specialized organ in the squid.  This provides V. fischeri with a safe place to grow and the opportunity to be fed a sugar and amino acid solution by the squid. In return, the bacteria produce light at night to hide the squid's silhouette when viewed from below by matching the amount of light hitting the top of the mantle (counter-illumination). This allows the squid to be camouflaged when hunting at night or when trying to avoid predators.

Utilizing florescent imaging, through a florescent microscope, as well as molecular technology, such as PCR and cloning, Josue is creating mutant bacteria to test his hypothesis.  Although his research is still in the preliminary stages, he believes that expanding the understanding of host selection could lead to new discoveries into how the gut selects healthy bacteria. 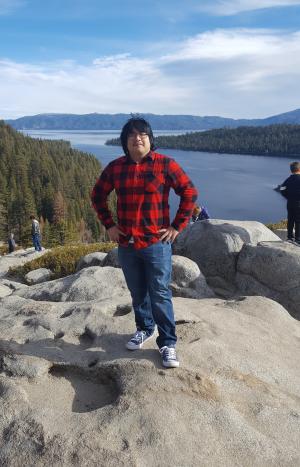 Outside of the laboratory, Josue is a fan of sci-fi movies, strategy games, and experimenting in the kitchen with new recipes.  Although a fan of all sci-fi movies, his favorite sub-genres are apocalyptic/post-apocalyptic, and space exploration.  “Some of my favorite movies are the Terminator, Blade Runner and Akira,” says Josue.

Josue also loves a lengthy game of civilization, either the board game or on the computer, and the board game Risk.  His new favorite hobby is playing Magic the Gathering whenever he gets the chance to do so.  He also loves walking his corgi, Loaf, around town and finding a nice shady spot to simply read and enjoy a cup of coffee. 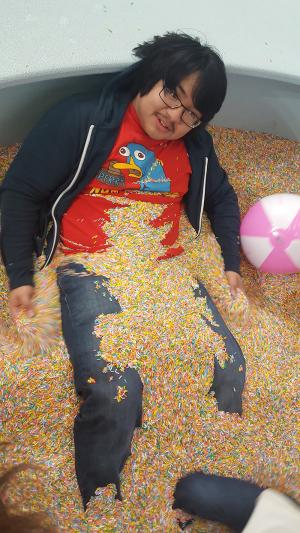 In addition to watching movies, playing games, or walking his dog, Josue also loves to cook and experiment in the kitchen.  “My mother taught me to cook at a young age to ensure that I could adequately feed myself when the time came to leave the nest,” says Josue.  “I find it enjoyable as following a recipe is almost the same as following a protocol in lab.”  Josue’s two favorite types of global cuisine are Salvadorean and Japanese, and he makes it a point to search for new recipes each week to try over the weekend to expand his culinary horizons.

Josue serves as an outstanding example of the dedication, endurance, and passion needed to pursue a career as a scientist.  The Department is extremely fortunate to have Josue as a part of its Team and looks forward to his continued contributions to the Department, as well as following his future career.

Congratulations Josue for serving as an example of why, We Are Penn State!