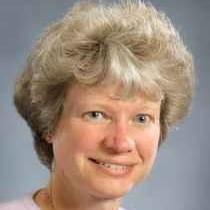 Because most higher plants are sessile, their survival depends on sensing and appropriately acclimating to a wide variety of environmental signals. Research in my laboratory employs molecular and electrophysiological techniques to elucidate the second messenger pathways by which signals such as light and hormones are transduced into cellular responses.

The major cell type studied in my laboratory is the guard cell. Pairs of guard cells in the leaf epidermis regulate the apertures of stomatal pores, through which both transpirational water loss and carbon dioxide uptake occur. Regulation of the stomatal pores is vital so that the plant neither dries out nor is deprived of the carbon dioxide necessary for photosynthesis and growth. Stomatal apertures are controlled by osmotic swelling and shrinking of the guard cells, driven in turn by uptake or loss of potassium and other ions through ion channels located in the guard cell membrane. Ion channels are membrane-spanning proteinaceous pores. We apply the electrophysiological technique of patch clamping to guard cells in order to monitor in real time changes in ionic current that result from the opening and closing of individual ion channels. We also use patch clamping in the whole cell mode to simultaneously manipulate the biochemical milieu of the cytosol and observe effects on ion channel kinetics. We are using such manipulations, in conjunction with confocal measurements of cytosolic free Ca2+ levels, to determine the role of Ca2+ in modulation of ion channel behavior following guard cell exposure to the plant hormone, abscisic acid (ABA). Through biochemical approaches, we have determined that guard cells contain both calcium-dependent and ABA-activated protein kinases, and we are currently elucidating the roles of these enzymes in ion channel modulation in response to ABA.

We also have gained evidence that G-proteins, which regulate ion channels in animal systems, do so in plant systems as well. G-proteins appear to regulate potassium channels in both guard cells and mesophyll cells; the latter cell type comprises the major photosynthetic tissue of the leaf. In order to identify the particular G-proteins involved in plant ion channel regulation, we are pursuing molecular genetic approaches. We have identified a novel gene, “Arabidopsis thaliana extra-large G-protein” (AtXLG), with strong homology to the a subunit of mammalian G-proteins, and we currently are employing biochemical and molecular genetic techniques to elucidate the function of the gene product.