Skip to main content
The Eberly College of Science 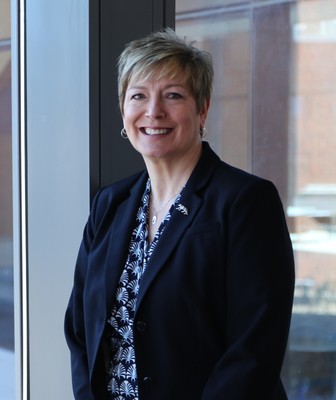 Teresa Diehl is the associate dean of administration. In this role, she oversees information technology, facilities, communications, outreach, and a number of budget- and leadership- related processes for the college. Areas of focus include planning for renovations on our instructional laboratories, restructuring and re-visioning the outreach efforts of the college, and a number of budget reduction– and process improvement–related initiatives.

Teresa came to Penn State in 1996 to serve as the director of the Department of Transportation Services. Previous to that, she performed similar duties at the United States Military Academy, where she served as the Provost Marshal’s Office plans officer. As director of the Department of Transportation Services, Teresa managed the transportation and parking resources for 41,000 students and 16,000 employees across 17,000 parking spaces, including four parking structures. Teresa also served as an Administrative Fellow, mentored by Craig Weidemann, vice president of outreach, in 2008. Her fellowship was followed by two special projects for the University: a review of the Commonwealth Campus Housing Study and the creation of an RFP for a feasibility study and project coordinator position for the Pegula Ice Arena project. She is also a graduate of Leadership Centre County, class of 2014.

Today, Teresa uses her extensive experience in evaluating, planning, organizing, and directing operational processes on behalf of the Eberly College of Science. She earned her doctorate in Workforce Education and Development from Penn State and a master’s in public administration from John Jay College of Criminal Justice. She earned her bachelor of science from the State University of New York at Albany. 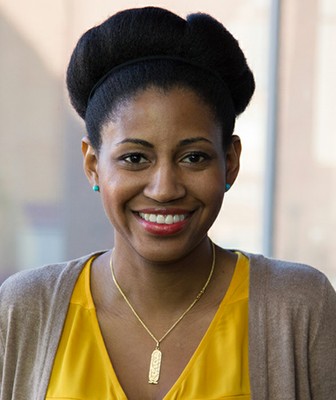 Associate Dean for Diversity and Inclusion

Kristin Finch is the associate dean for diversity and inclusion. In this role she facilitates efforts to promote a nurturing climate for all members of the Eberly College of Science community, advances the representation of diverse communities in those extraordinary academic disciplines representative of the college's educational programs, and supports the curricular and co-curricular programs sponsored by the college and the Office of Diversity and Inclusion.

Kristin comes to the college from Tufts University, where she served as the associate director of the Center for STEM Diversity. At Tufts, she oversaw the Bridge to Engineering Success at Tufts (BEST) program, which used a multifaceted, strengths-based approach to support first-generation engineering students in their transition to Tufts. Kristin also promoted community engagement and educational equity through a STEM outreach program called STEM Ambassadors, where she cultivated strong relationships with high school teachers and administrators at partner schools in the Boston and Medford/Somerville areas. Additionally, she actively participated on two National Science Foundation grants: one that specifically examined the STEM pipeline for low-income students pursuing graduate education, and a second aimed at promoting early access to research opportunities for historically underrepresented students in the STEM fields. She obtained her doctorate in chemistry from the University of Illinois Urbana-Champaign and completed her postdoctoral fellowship at St. Jude Childrens Research Hospital, in the field of drug discovery. 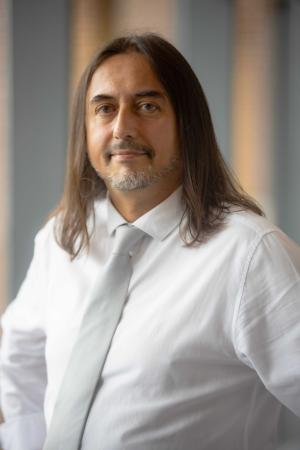 Associate Dean for Research and Innovation

Miguel Mostafá, professor of physics and of astronomy and astrophysics, is the associate dean for research and innovation in the Eberly College of Science. In this position, Mostafá will support research and research innovation by facilitating collaborations, funding, and engagement opportunities; highlighting the societal impact of innovations developed in the college; and supporting the mentoring and training of researchers.

As associate dean of research and innovation, Mostafá will supervise the college’s Research Administration Office, which is responsible for grant administration and funding opportunities for faculty, staff, and graduate students. He will also supervise the college’s Office for Innovation, which works together with the Office of Technology Management and the Office for Industrial Partnerships to assist inventors in capturing intellectual property, provide academic resources and support to entrepreneurs, and connect industrial networks to enlarge the societal impact of innovations developed in the college.

Mostafá is an elected Fellow of the American Physical Society and was recognized for his dedication to undergraduate teaching in 2016 with the C.I. Noll Award from the Eberly College of Science. His previous awards and honors include Best Teacher Awards from the Colorado State University’s Alumni Association and the Student Alumni Connection, the Outstanding Mentor Award presented by the Students as Leaders in Science at the Colorado State University in 2009, and the Students Choice Award sponsored by the Associated Students of the University of Utah in 2007.

Before joining Penn State in 2013, Mostafá was an associate professor of physics at Colorado State University. He earned a master’s degree in nuclear engineering in 1996 and a doctoral degree in high-energy particle physics in 2001 at the Instituto Balseiro in Argentina. 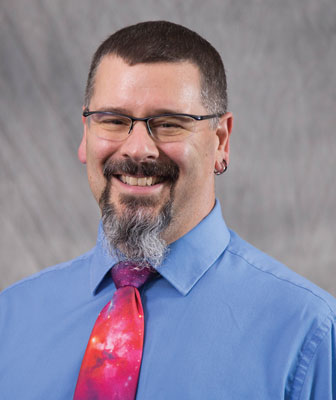 Chris Palma, teaching professor in the Department of Astronomy and Astrophysics, is the associate dean for undergraduate students. In this position, he promotes excellence and supports the well-being of undergraduate students in the college. Palma oversees undergraduate programs, including the academic advising, science engagement, and recruiting and admissions offices. He also coordinates admissions and recruitment activities, including New Student Orientation and Welcome Day events, oversees interdepartmental degree programs, commencement, academic advising awards, and the administration of undergraduate policies and procedures, and serves on the Advisory Committee on Undergraduate Education.

Palma has developed and taught several courses in the Department of Astronomy and Astrophysics and is committed to pedagogy and science outreach. He played a crucial role in developing the Planetary Science and Astronomy major in 2013, intended for students who wish to pursue a variety of career paths, including formal K–12 science education and informal planetarium education. He has developed and co-taught professional development programs for teachers since 2002, in collaboration with scientists and educators alike. His recent research has been in the area of science pedagogy, focused on the teaching and learning of science at the K–12 and college levels, and this work has contributed to projects designed to improve student learning in Pennsylvania schools. He also helps to organize AstroFest, an annual outreach event in State College, and was the longtime manager of the Davey Lab Planetarium, which regularly hosts public presentations.

Palma joined the Penn State faculty as a postdoctoral fellow in 2001 and soon after became one of the first employees of the Eberly College of Science’s outreach office. Prior to that he taught astronomy at the University of Virginia, Charlottesville, where he earned a master’s and a doctoral degree in astronomy in 1997 and 2001, respectively, after earning bachelor’s degrees in astronomy and astrophysics and in physics at Penn State in 1994. He completed his Ph.D. thesis under professor Steven Majewski, in the area of stellar populations and galactic archaeology of the Milky Way. 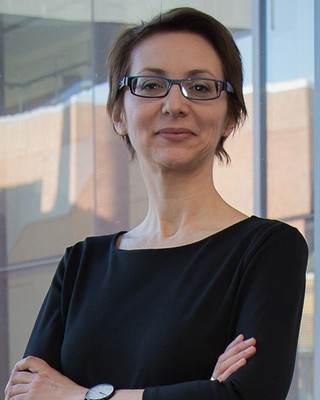 Aleksandra joined Penn State in 2004. She has served in various positions in the statistics department, including associate head for diversity and equity and associate head for graduate studies. Aleksandra has affiliated appointments in the Institute for CyberScience, the Department of Public Health Sciences, and the Penn State College of Medicine, and she serves on Penn State’s Clinical and Translational Sciences Director’s Council. She has also held visiting scholar positions at Cornell University, the University of Minnesota, and Utrecht University.

Aleksandra received masters degrees in human-computer interaction and in statistics and a doctoral degree in statistics from Carnegie Mellon University. Her current research interests include statistical data privacy with applications across different domains, algebraic statistics, causal inference, and more broadly the application of statistics to information sciences and social sciences. 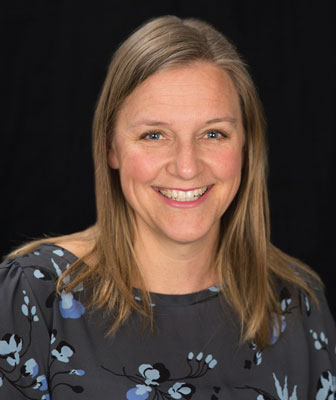 Mary Beth Williams, professor of chemistry, is the senior associate dean for science education. This position is responsible for initiatives to ensure teaching and learning meets the college’s mission to educate future generations of scientists. Williams’s major focus is to adopt evidence-based teaching methodologies like active learning and inquiry-based instruction.

Williams earned her Ph.D. at the University of North Carolina. Her thesis work under the direction of Royce Murray focused on the electron and mass transport dynamics in hybrid redox polyether melts. Following a postdoctoral research assistantship at Northwestern University with Joe Hupp, Williams joined the Penn State faculty in the Department of Chemistry in 2001. In addition to her research program, Williams has taught thousands of students in the introductory chemistry course sequence and served as the chemistry department's graduate admissions and recruiting chair, and she directs the Chemistry Undergraduate Summer Research Program. She led Penn State's General Education Task Force from 2013 to 2015, which was integral in launching the college's Evidence-Based Teaching Academy in 2018, and currently is principal investigator for the college's Science Dean's Scholars Program and the University's Millennium Scholars Program. Williams also served as the acting associate dean for administration and planning from 2009 to 2010 and as the senior associate dean for undergraduate education from 2011 to 2019.